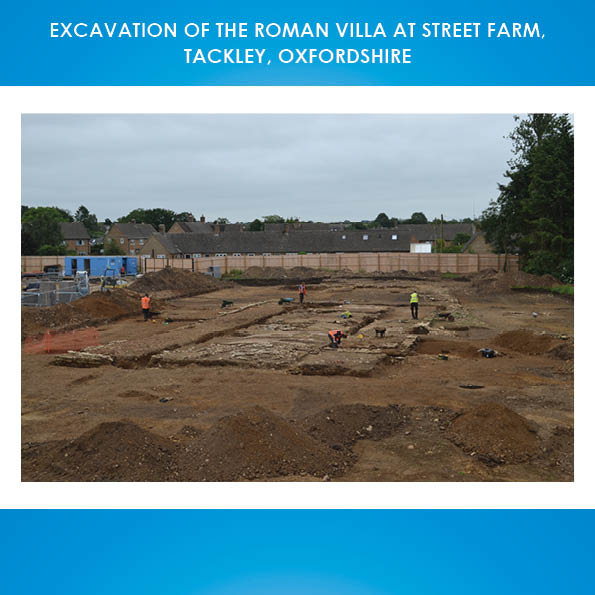 This booklet presents results of archaeological investigations in advance of development in 2017-18 at Street Farm, Tackley, in the Cherwell valley of northern Oxfordshire. This is a condensed version of monograph 41. Two phases of enclosure on the site predate the main occupation and are presumed to be later Iron Age. The main phase of use commenced with Roman occupation in the 1st century AD and with clear continuity until the early 5th century. The main component of the early occupation consisted of an Early Roman farmstead with a rectangular shaped post-type building. This was replaced within the 2nd century by at least two buildings now comprising part of a villa complex, which developed into a high status residential complex with mosaic floors, painted wall plaster, and a possible bath-house during the 3rd century. The buildings were abandoned in the later 4th century and partly robbed and partly collapsed, but was then partly reoccupied. The whole site appears to have been abandoned very early in the 5th century AD and was overploughed and robbed again in later Saxon and Medieval times. Despite this, the building remains survived to considerable depth and demolition rubble had at least partially protected mosaic floors which survived well enough for one of these to be conserved for display in Tackley village. Substantial assemblages of pottery, metalwork and many other finds are reported in detail and the animal bones add considerably to understanding the changing diet of the inhabitants in different phases of the occupation. A small cemetery consisting of eight cremation burials appears to date to the Early Bronze Age, although only one of these burials was well dated. Please note P&P for this item is reduced to £1.53.